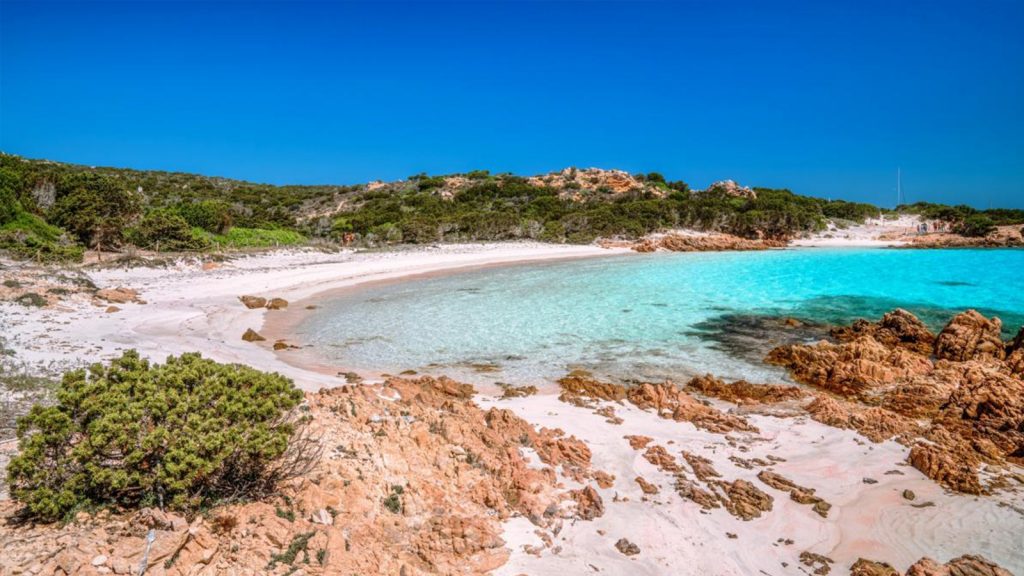 Spiaggia Rosa, the Pink beach in English, is the most marvellous, the most particular and the most protected beach of the La Maddalena Archipelago. Since 1992 there has been a ban on access to the beach as well as transiting and swimming in the bay within the limits marked by the buoys, which are about 70 metres far from the shore. The pink colour is mostly visible on the shoreline.

Pink sand? How is it possible?

The name of the beach comes from the colour, a mixture of very bright sand, granite grains and most of all an enormous quantity of the shell fragments of marine micro-organisms known in the specialist language as Miriapora Truncata e  Miniacina Miniacea. These micro-organisms live in the prairies of Posidonia Oceanica, the eelgrass. When the organisms die, its dark red shells crumble, fall down onto the seabed and the currents carry them to the shore, depositing them on the beach. The rest is done by a long exposure to the sun. The shells fade, first they become pink and then white.

The high concentration of the pink fragments on the beach is the result of an unusual combination of 5 elements: presence of rich prairies of eelgrass, the seabed morphology, conformation of the coast, the currents that bring the fragments to the beach and almost non-existent strong winds.

The Beach becomes a protected area

In the past the beach was often frequented by the tourists. Unfortunately, many of them had the deplorable habit of taking away pink sand as a souvenir. Also the presence of many small boats, anchoring over the eelgrass, ripping it from the seabed and creating abnormal wave patterns further disturbed the eelgrass prairies. The consequence was a considerable decrease of deposits formed by the shell debris and the pink colour almost disappeared. We hope to restore it again to its former glory thanks to the ban on access to the beach.

Nowadays we can admire the beach only from the boat, or for example by watching the first colour film shot by Michelangelo Antonioni in 1964 entitled “Red Desert” and awarded the Golden Lion at the Venice film festival. There are some scenes in the film where the actress Monica Vitti walks on the Pink beach.

The Robinson Crusoe of our time

To protect this priceless masterpiece of Mother Nature from 1989 to 2021 last guardian of the Pink Beach contributed. Mauro Morandi  lived a solitary existance on the island. Concealed among the vegetation behind the beach there is his former house that was originally a radio station during the second world war. The guardian, a former physical education teacher from Modena, landed on Budelli island due to the breakdown of the catamaran, on board of which he and his friends intended to sail to Polinesia. Once here by chance, he stayed and became the only inhabitant of the island. It seams he had modified the structure of his house without authorization from the Park authorities, and since Budelli is part of the National Park of  La Maddalena Archipelago now, he has been evicted and the building will be renovated and transformed into an enviromental observatory.

Pink Beach is not the real name

Another curiosity about the Pink Beach: the locals know this beach as Cala Roto, the Treshing floor bay in English, as there is a small round area, called roto in the Gallura language. The “Roto” was usually paved with clay or granite and used for beating wheat in order to separate the grain from the stalks and the leaves of the plant. 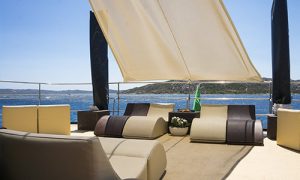 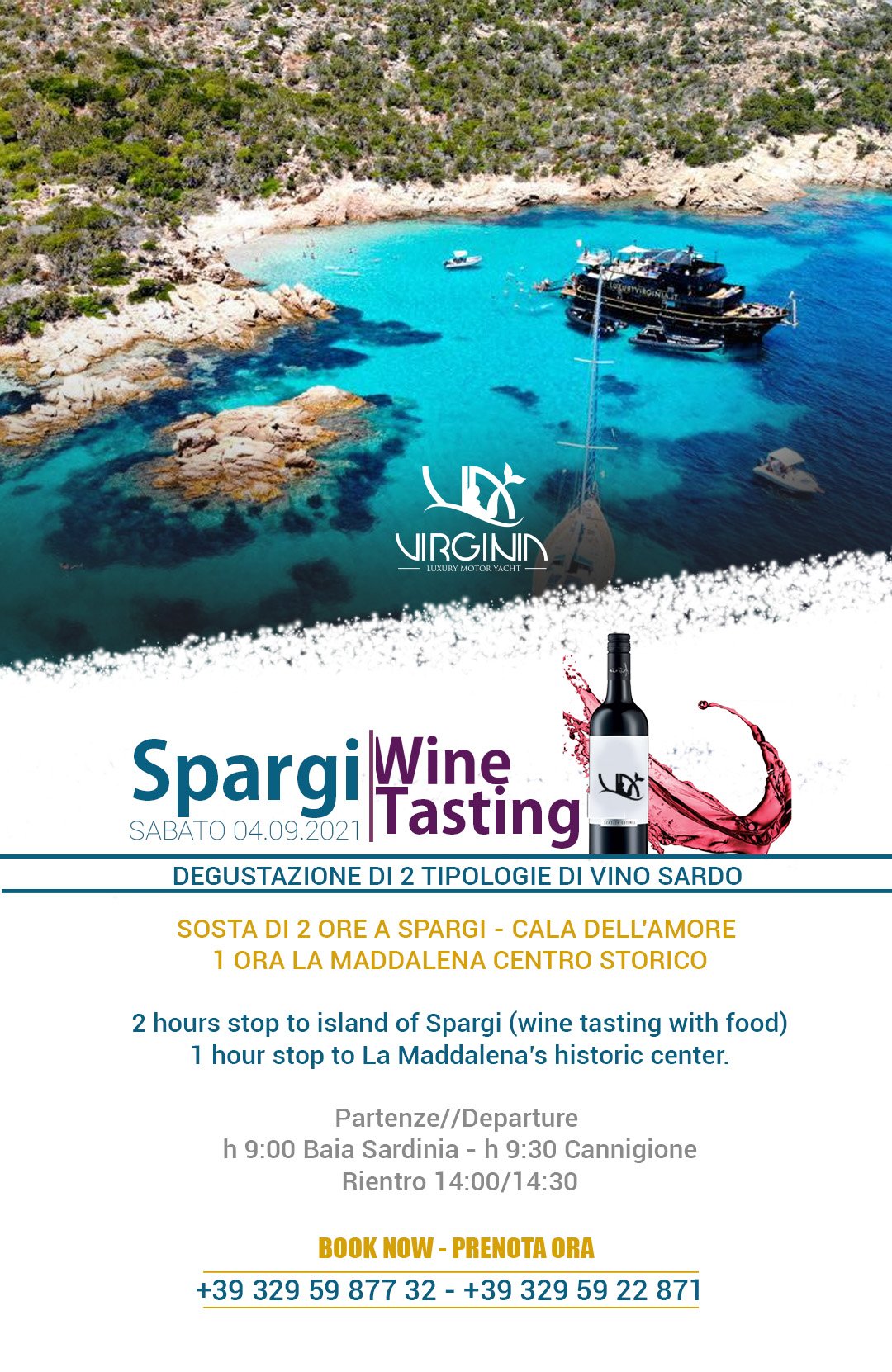